Which came first: Homophobia or Censorship?

I’ve just been to see I Love You, Phillip Morris. It’s a delightful, engaging film that did a great job of balancing comedy and drama, with excellent performances from the cast (especially the two leads Jim Carrey and Ewan McGregor), but I’m not really interested in doing a full on review here today. What got my attention was the film classification.

The MDA works in mysterious ways. I am very often confused and puzzled by the way they rate certain films.

I Love You, Phillip Morris was rated R21 for Homosexual Content*. It wasn’t rated R21 for full-frontal nudity (there wasn’t any) or explicit sex scenes (they were more suggestions than full-on sex scenes) or for extreme violence (there wasn’t any), but for the fact that it was about gay people. So I suppose that pretty much meant that they could have just rated it R21 from looking at the title of the film and the promotional poster. Once they figured out that the person who loves Phillip Morris is a guy, they could just slap the R21 on there. 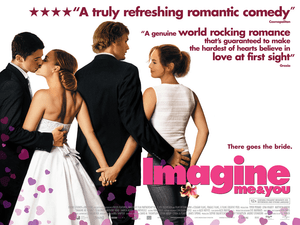 Another film that received the R21 classification due to homosexual content is Ol Parker’s 2005 film Imagine Me And You, a film that I would consider to be one of my favourite feel-good movies. On MDA’s website it says that it was rated R21 due to Mature Themes, but upon watching it the only thing I could identify as being possibly pinpointed as a “mature theme” would be the homosexual element. Essentially, Imagine Me And You is pretty much just like any other British romantic comedy; you practically expect Hugh Grant to pop up onscreen at any moment. The only difference is that it’s about two women. Hence the “mature theme”, and the R21?

That makes no sense to me.

So I looked it up. I went to the MDA website and downloaded the 2010 Film Classifications Guidelines. It’s a pretty interesting read, especially if you want to figure out how the MDA’s Film Classifications work, and what kind of stuff they look out for. I present an excerpt below. All emphasis is mine.

Theme
The acceptability of a theme is determined by its suitability and treatment i.e. the way it is presented and the context in which scenes are presented. Suitability and treatment of a theme is especially important in the lower classification levels. Films dealing with mature content (e.g. drug use, prostitution or homosexuality) would generally be classified as NC16, M18 or R21.

Firstly, I don’t particularly agree that homosexuality is “mature content”. Not unless you’re talking about homosexual sex (either explicit or implicit). But if it’s just about two women or two men kissing each other, that should be in no way automatically classed as “mature content” and be slapped with a NC16 or M18 rating. If we’re all right with letting our young teens watch heterosexual couples making out or engaging in somewhat heavy petting (as seen in numerous PG/PG-13 rom coms), then homosexual couples kissing shouldn’t be that big a deal.

Is that what Singaporean society really thinks of homosexuality?

I believe that Singapore isn’t as homophobic or threatened by homosexuality as the government would have us believe. The excuse of “Asian values” is a tired one, and just like how it was used in the death penalty debate, an insulting one. The insinuation being that Asian people cannot be as forgiving (hence the death penalty) and neither can we be as accepting (hence the refusal to accept homosexuality)… is that really true?

We are often told that homosexual content needs to be restricted and censored – and Section 377A needs to be kept – because that is what Singapore society demands and requires, because the people are not yet accepting of homosexuals. However, I often wonder if the reticence from Singaporeans on the issue of homosexuality is actually a result of the government’s stance on homosexuality?

There really should be more faith put into the people of Singapore. After all, we are privileged enough to mostly have high levels of education. Surely we should be allowed to be able to make up our own minds? Surely there is no need for such fear of homosexuality that we feel the need to suppress homosexual content in art with censorship and high ratings? Surely such discrimination is unnecessary?

* I Love You, Phillip Morris passed with a R21 rating after cuts. So now of course I’m dying to find out what was cut, and what I was missing.

Bigotry peddled at the SPPA Symposium

Yesterday Jolene Tan from AWARE Singapore bravely attended the Singapore Planned Parenthood Symposium and live-tweeted it. Here is a Storify of...

Singapore’s top court recently ruled that it was constitutional for a minority group to be singled out and criminalised. This...

Anything That’s Fit to Print (And Won’t Get You Sued): Freelance journalism in Singapore | #spuddings

The man at the coffeeshop pulled out a Styrofoam box to pack up the leftovers of my beef fried rice....

In which my writing was plagiarised, plagiarist “hopes I don’t mind” | #spuddings

On 22 October I wrote the blog post ‘What transnational couples really need‘. In it, I highlighted the obstacles in...

They say that marriage is a major milestone in one’s life. A marker of true adulthood. Whoever ‘they’ are, they’re...

The flags have been meticulously hung out by the town council; there are no faded, upside-down or mirror-image flags in...

Marriage does NOT equal lifelong consent